This one goes to eleven. The Bethlehem Area Public Library is really embracing a theme for a concert to be held at the Main Library on November 11. Yes, the date is 11/11. The library’s address is 11 W. Church St. The library’s public recording studio is called “Studio 11,” and the event is called 11Fest. And yes, there are 11 bands. But that’s not all.

The concert is arranged so that the volume increases from each performer to the next. It starts with a mellow set of poetry/classical guitar and gradually cranks it up to the ear-splitting noise punk of TILE as the eleventh act. So what’s with all the elevens? 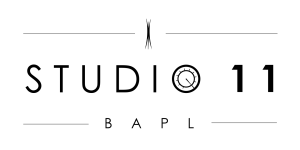 “When we were trying to think up a name for our in-library recording studio earlier this year, our address of 11 West Church came to mind,” said BAPL Executive Director Josh Berk. “I’m a big fan of the movie This is Spinal Tap and the famous amp that ‘goes to eleven.'” The 1984 comedy about a hard-luck heavy metal band has become a cult classic and guitarist Nigel Tufnel’s line about his extra-loud amp has become synonymous with rock excess, or really any time you want to turn anything up past normal boundaries.

And at first glance it might not seem “normal” for a library to have a recording studio that anyone in the community can use–to record a podcast, a demo, or an entire album–for free. But BAPL has always been about creatively serving its patrons, growing and changing with the times–and Bethlehem’s community is nothing if not musical! Studio 11 opened in February of this year, and was generously funded by Lehigh’s Lehigh University’s South Side Initiative and the Mellon Digital Humanities Initiative.

“So once we had Studio 11 and we wanted to have a fundraising concert to get some new equipment and soundproofing, I thought, why not have it on November 11?” Berk said. From there the idea kept growing. Berk decided to have eleven bands, and why not have each one get a little louder? He plans to hang a big volume knob (made out of cardboard) that can be cranked up after each set, all the way up to eleven. The early ones are scheduled for when the library is still open, with the ear-splitting saved for after hours.

Berk reached out to Lehigh Valley Girls Rock to help book the bands and was happy to note that a young newly formed band of LVGR teens was available to make their debut at the festival (No Nukes). Other performers include: Cleveland and Michael Wall, C’est La Vie, Crepehanger, Becca Maye, William H. Travis, Fictional Name, VoirVoir, and Catatonic Suns.

“It actually wasn’t hard to find eleven bands to donate their time and talent to help the library,” Berk said. “The hard part was capping it at eleven! There are so many fantastic bands in Bethlehem and so many generous people who want to see the studio thrive.”

Tickets to the show are, of course, $11 (suggested donation).

TICKETS: $11 suggested donation at the door or get them in advance here