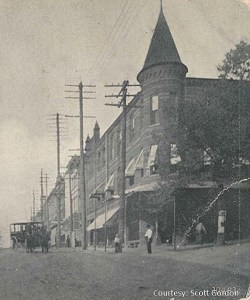 Jeter Building, in 1905. It housed the Post Office and the Library.

We recently received an interesting question about the history of BAPL’s locations from one of our patrons on Facebook and we thought we’d share some information!

Since its inception in 1901, the Main Library has been housed in four buildings: The first library and reading room was located in rooms of the Leinbach and Doster building on south Main Street on Colonial Row.  However, the library quickly outgrew this space moving into the second floor of 80 S. Main Street (now 500 Main St.) at the northeast corner of Main and Market above the Post Office in 1902. In 1925, Bethlehem Steel provided the use of the Bethlehem Steel Band building located at 11 West Market Street and the library was located here from 1925-1967.

An increasing population and growing needs of the community again forced the consideration of a new facility in the 1960s. After President Lyndon B. Johnson signed into law a bill providing federal funds to states to build new libraries and a successful local fundraising campaign matched state funding, the current library was built alongside the city center and moved into in November of 1967.

Since its inception in 1906, the South Side Branch has occupied five homes. Fourth Street and Brodhead Avenue, the southwest corner of the same intersection, Broughal Junior High School, and West Fourth Street all played host from 1906-1929.  Finally, in January of 1930, the branch’s current home at Fourth and Webster Streets was completed. 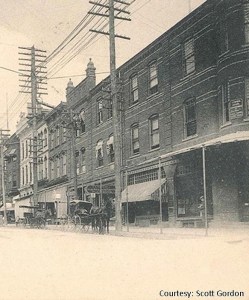 The Library was located on the second floor of the rightmost building from 1902-1925 at what is now 500 Main St.  Unfortunately this building was lost to a fire in 1926.  The current building on this site houses restaurants and apartments. 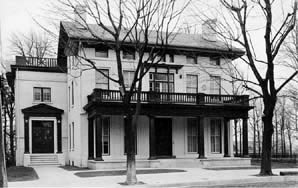 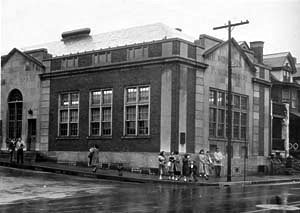