In 1917, when Bethlehem officially became a City, the chief source of water supply was the Lehigh River and the wells at Illick’s Mill. As Bethlehem was expanded at a rapid pace, it was evident that a more reliable and better supply of water, especially in quality and quantity, was an ultimate goal. As a result, in 1918 the city council instructed the City Engineer to make a comprehensive survey of the possible new sources of water supply so that the needs of the community could be fulfilled for future generations. The desire for the best possible source for a supply of water led to the selection of an area in the Pocono Mountains in Carbon County for the construction of the Wild Creek Reservoir.

On July 26, 1938, the city council created the Bethlehem Municipal Water Authority, the first one to be established in the Commonwealth of Pennsylvania. After reviewing the report of the City Engineer on the Wild Creek waters, the evidence was presented to the State Water and Power Resources Board to obtain permission for the utilization of these waters by the Authority. Fortunately, the pattern for an expanding water supply system for the City of Bethlehem was approved by the Commonwealth of Pennsylvania.  Construction of the Wild Creek Reservoir, the chemical treatment building, two one-mile rock tunnels, and twenty-one miles of 30″ water transmission mains was initiated on December 29, 1938. Work progressed at a rapid pace and in January, 1941, the total project was completed at a total cost of 4.1 million dollars.

The rapid increase of water consumption, plus the demand for extending water service, resulted in the construction of the Penn Forest Reservoir a short distance upstream from the Wild Creek Reservoir in 1958. Over the years the water system continued to expand and improve with the addition of a 5 million gallon Southeast Lower service reservoir in 1965 and a 42″ parallel Wild Creek transmission main in 1968.  A backup water supply project was next in 1967 which added 12 million gallons of capacity from the Tunkhannock Creek in Monroe County near Long Pond. The Tunkhannock project was completed in 1968. However, because of the water quality, water is only taken from the Tunkhannock Creek during the winter months and spring runoff.

As the system continued to grow, significant improvements continued to be made. Most notable of these were in the early 1990’s with the construction of a federally mandated new water filtration plant, water transmission main from the water filtration plant to the Howertown Control Station, Southwest Low Service Reservoir to replace the reservoir behind St. Luke’s Hospital, and the purchase of additional lands in the Wild Creek watershed.

To replace the deteriorated original, construction on the new Penn Forest Dam commenced in June, 1996, and was completed on November 17, 1998.  The dam began refilling in January 1999 and dedicated on June 21, 1999. This roller compacted concrete dam is the third largest dam by volume in the United States and the largest RCC dam by volume east of the Mississippi River. This new dam is buttressed on the downstream face by earth and rock fill excavated from the embankment of the original Penn Forest Dam. Savings of approximately $20 million was realized by choosing this design which utilized the existing spillway, diversion and intake structures from the old Penn Forest Dam.

The total distribution system in the 45 square mile Bethlehem Water Authority service area has also grown to where it serves over 115,000 people and has over 500 miles of main line pipe. There is a network of small size pipes and about 36,000 service connections. In addition to servicing the City of Bethlehem, it serves two boroughs and all or parts of eight townships. 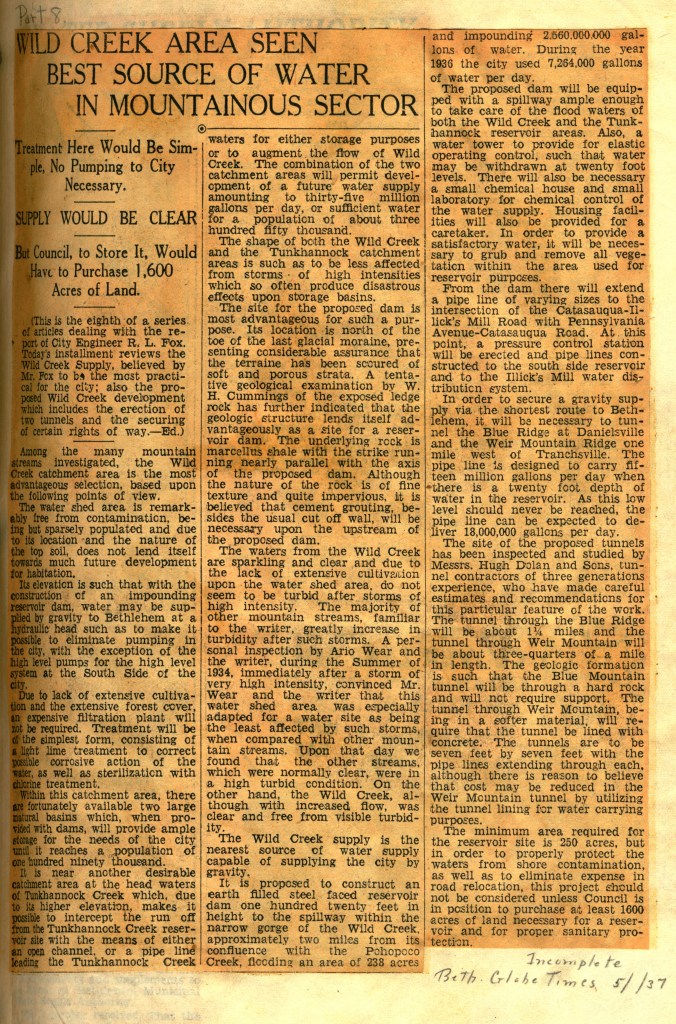 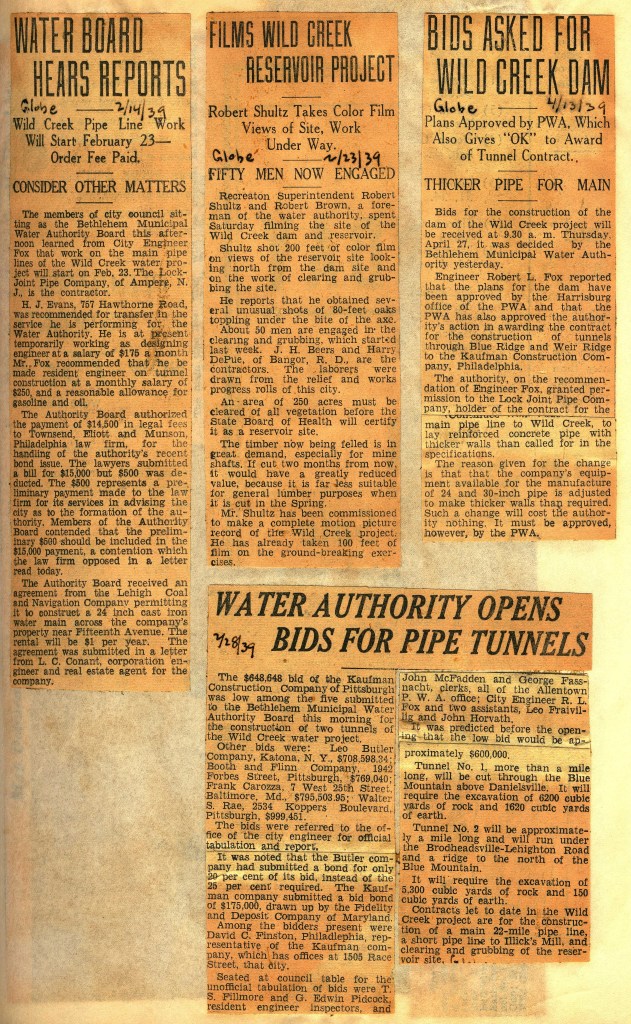 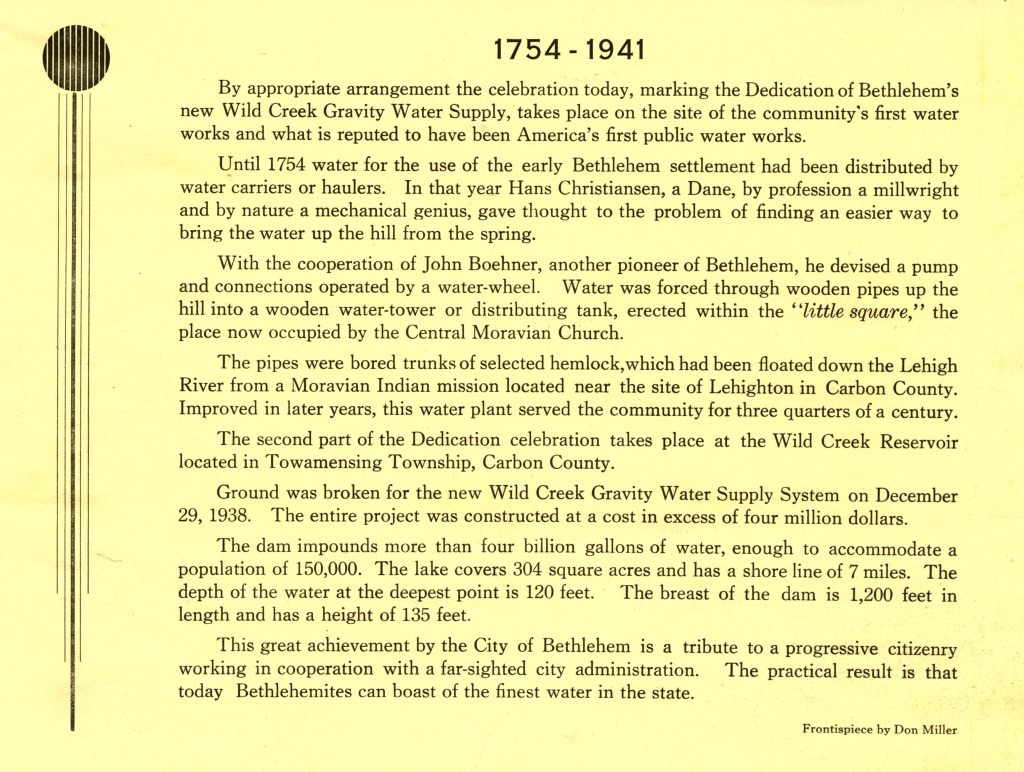 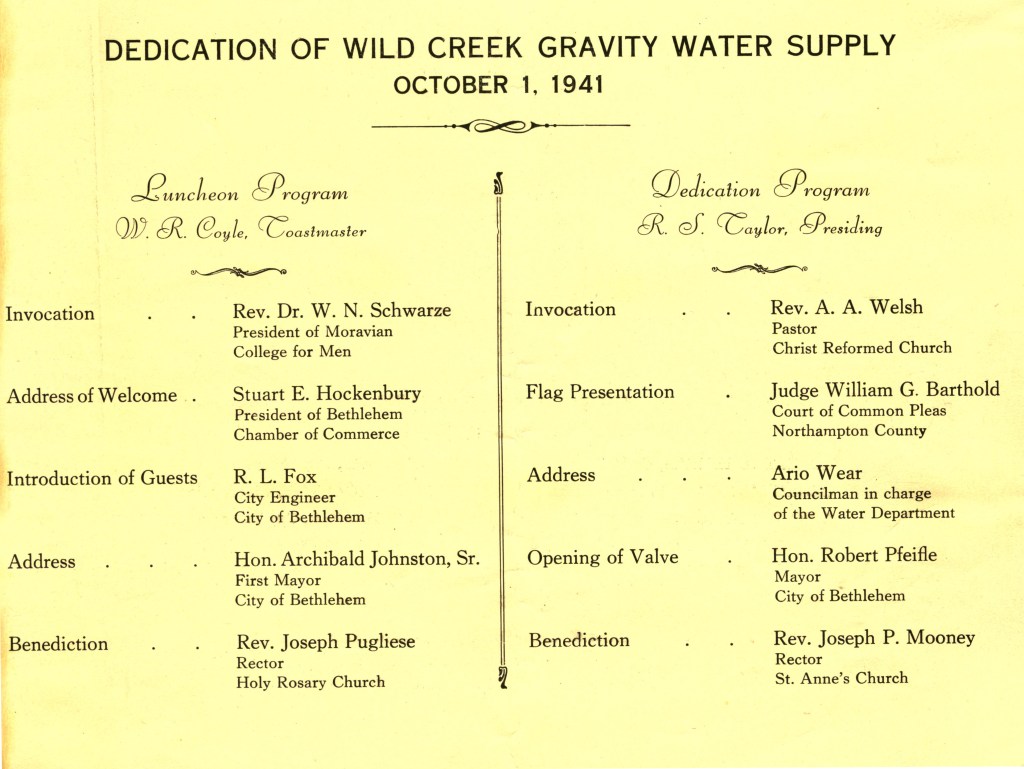 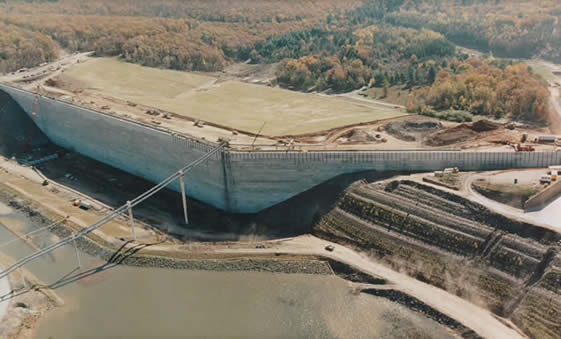 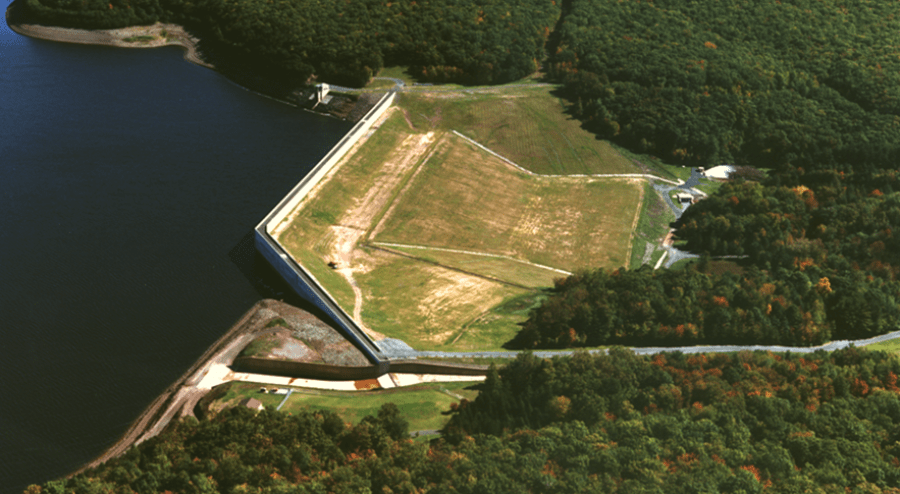 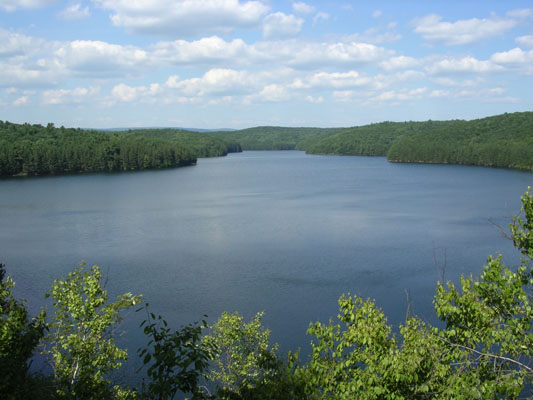