MARTIN TOWER GETS UNDER WAY

As Martin Tower came down this month, our librarians put together a display of materials from the time when it was just going up. An article from Bethlehem Steel’s company newsletter announcing the plan in 1969 is below. Can you believe the company headquarters almost moved to New York?! This article is from BAPL’s local history collection. To get a better look at the display case and other materials on Martin Tower, stop in at the Main Library! 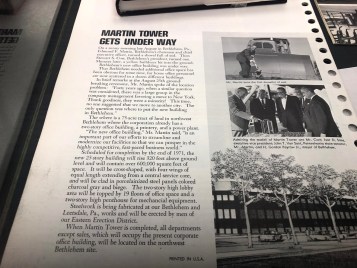 That Bethlehem needed additional office space has been obvious for some time, for home office personnel are now scattered in a dozen different buildings.

In brief remarks at the August 25th ground-breaking ceremony, Mr. Martin spoke of the location problem: “Forty years ago, when a similar question was considered, there was a large group in the company management favoring a move to New York. Thank goodness, they were a minority! This time, no one suggested that we move to another city. The only question was where to put the new building in Bethlehem.”

The where is a 75-acre tract of land in northwest Bethlehem where the corporation already has a two-story office building, a printer, and a power plant.

“The new office building,” Mr. Martin said, “is an important part of our efforts to streamline and modernize our facilities so that we can prosper in the highly competitive, fast-paced business world.”

Scheduled for completion by the end of 1971, the new 23-story building will rise 320 feet above ground level and will contain over 600,000 square feet of space. It will be cross-shaped, with four wings of equal length extending from a central service core, and will be clad in porcelainized steel panels colored charcoal gray and beige. The two-story high lobby area will be topped by 19 floors of office space and a two-story high penthouse for mechanical equipment.

Steelwork is being fabricated at our Bethlehem and Leetsdale, Pa., works and will be erected by men of our Eastern Erection District.

When Martin Tower is completed, all departments except sales, which will occupy the present corporate office building, will be located on the northwest Bethlehem site. 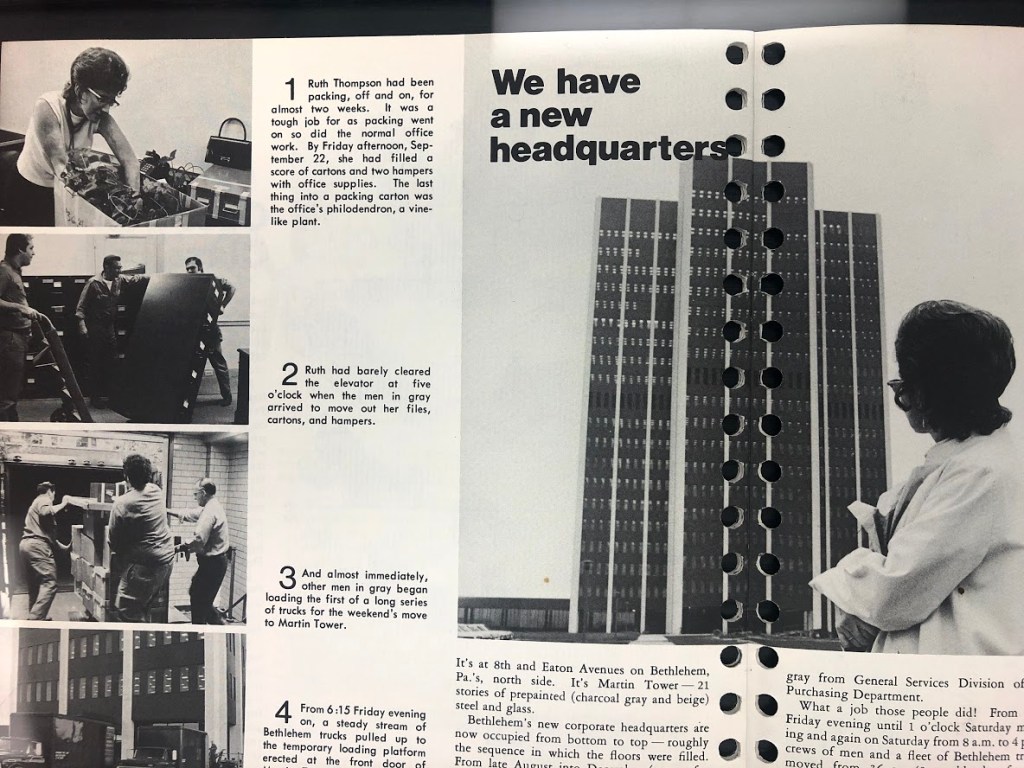