Francis Henry Oppelt was born in Herrnhut, Saxony, in 1804, had placed his faith in the homeopathic theory of therapeutics and potencies put forth by Samuel Hahnemann in the early 19th century, but had acquired a stronger belief in the curative power of water as applied in hydropathic practice. He came to Bethlehem in 1843 and quickly ingratiated himself in the community. The Aufseher Collegium in July of the same year granted him the use of land free of rent for five years with the bounds of the Hoffert farm, for the establishment of a Water Cure.  He erected a spacious mansion, fitted and equipped with the paraphernalia requisite to a well-appointed “Hydropathic Institute” with rooms for the accommodation of a large number of guests. A spring of pure soft water was said to pour from the hillside at the rear of the building. 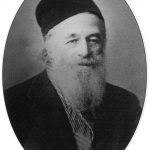 For over twenty-five years Oppelt practiced his profession, his resort visited by famous persons such as Union Civil War generals Franz Siegel and  Alexander Schimmelpfennig and prominent German revolutionary and member of the new Republican Party in America, Carl Schurtz.

Financial difficulties resulted in the Institute closing in 1871 and the eventual abandonment of the buildings. One of the buildings of St. Luke’s Hospital now covers its site.  For further reading about the famed springs of Fountain Hill, see this article.