You will not be surprised to learn that our library staff loves to read! Here are some favorite books BAPL staff read in 2018, including new releases and old favorites:

JANINE RECOMMENDS: Tears We Cannot Stop: A Sermon to White America by Michael Eric Dyson. Brilliantly organized in a liturgical format, Dyson writes a concise history of America’s systemic racism, provides tangible ways to discuss and dismantle these institutional systems, and lovingly convicts white allies to struggle through their discomfort to do so. Regardless of the title, this is a must-read for anyone living in America today.

DAWN RECOMMENDS: The Soul of America: The Battle for our Better Angels by Jon Meacham. A reminder of discordant times in the history of the United States, the book focuses on the resilience of the American people while they dealt with each challenging issue. An informative and enjoyable book which offers hope for the future. 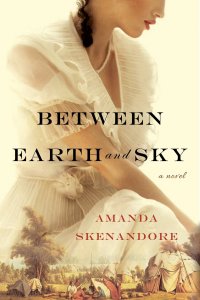 DAVID RECOMMENDS: Between Earth and Sky by Amanda Skenandore. The wife of a prominent Philadelphia attorney (c1906) reads in the newspaper of the impending murder trial of a Native American she knew some twenty years earlier, when her parents opened a school in Wisconsin to educate Native American children. In her determination to save him, she finds she must confront some aspects of her past that she has kept well-hidden–and ask herself searching questions about the wisdom of assimilation and the issue of racism. The reader will ponder these questions, too, once the pages of the novel are closed.

JOSH RECOMMENDS: I’m going to break with tradition here and not recommend a baseball book. I’m also going to stretch the definition of “read” and recommend an audio book I listened to. That audio book is Vacationland: True Stories from Painful Beaches by John Hodgman. Hodgman is known for his TV appearances, but boy is he an excellent writer. The stories are hilarious and moving and touching without being sappy. He writes about his kids and his family and his famous friends all with the same wit and observational flair. I really enjoyed his reading of the book as well. I’m sure it’s great on the page, but I feel like the audiobook version (read by the author) gave it that extra Hodgmannishness. “Maine is not a death cult. I mean, it is, but it’s a slow one.”

VALERIE RECOMMENDS: The Plot Against America by Philip Roth. A seamless blend of 1940’s American political history, autobiography, and fictionalized response to the question, “Could it happen here?” What if Lindbergh had run for president and defeated Franklin Roosevelt?  What if Lindbergh’s America First Party had allied itself with the Fascists of Germany?  What if American Jews were displaced from their homes and forced to live in restricted areas? Another vital read for all of us living in America today. 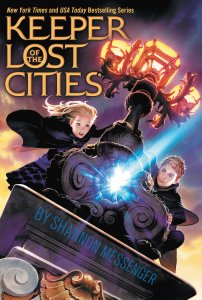 KRYSTA RECOMMENDS: Keeper of the Lost Cities by Shannon Messenger. An immersive fantasy adventure, this book follows twelve-year-old Sophie Foster as she leaves the human world behind to hone her telepathic abilities in a magical elven school. Detailed world-building, a sympathetic cast of characters, and plenty of action make this an ideal series starter for fans of Harry Potter or of fantasy in general.

REGINA RECOMMENDS: Unsheltered by Barbara Kingsolver. Kingsolver’s novel elegantly intertwines two families, from two different eras, living in Vineland, NJ, in the same house–a house with serious flaws in both foundation and roof.  The metaphor is of course the framework for Kingsolver to explore social, political, science and spiritual issues as each family deals with crises of that time period. What was most enlightening was learning about the very real Mary Treat, a little-known but respected naturalist who corresponded with Charles Darwin in the late 19th century. I love how Kingsolver deftly weaves science into all of her engaging and timely stories.

CATHERINE RECOMMENDS: HEY, KIDDO: How I Lost My Mother, Found My Father, and Dealt With Family Addiction by Jarrett J. Krosoczka. As grim as the title sounds, this graphic-novel memoir is a testament to resilience and love. Raised by supportive but hard-drinking grandparents, Krosoczka coped with a completely unknown father and a largely absent mother who battled addiction. His talent for drawing pulled him through the worst of times, giving him a means of personal expression and later, professional success. What struck me most was the believable rendering of the adults in his life: most were flawed but loving presences, people we can all recognize in our own lives.

MATT RECOMMENDS: Water of Life: A Beatnik Comedy by Rudy Ciavarro. This book invites the reader to “meet Rudy Ciavarro. A fool. A poet. A rebel. Journey with him on buses and trains, searching for meaning and the soul of the world.” I took the journey and read all 97 pages in one night. Rudy has lived quite a life and is one of the most interesting guys around. His story is often hilarious and at times tragic. And for one reason or another I couldn’t put this book down. Read it!! Support the fools, support the poets.

SARAH RECOMMENDS: Educated by Tara Westover. True story about her life, so far. This young woman was raised by survivalists with no formal education until she went to college. A story of family loyalty versus self loyalty and the balance of self reliance versus human society. A wonderfully written memoir, by a born writer, that you may forget is non-fiction.

JENNE RECOMMENDS: Dumplin’ by Julie Murphy. Willowdean Dixon, the plus-size daughter of a former pageant star enters the Miss Teen Bluebonnet pageant. She and a few of her friends, all of whom don’t fit the typical pageant mold, turn the pageant, and their Texas town, upside down. I also read the companion novel, Puddin’, about Willowdean’s friend Millie and her unexpected friendship with the ultra popular captain of the school’s dance team, and loved it even more.
January 2, 2019
Book recommendations