This Week in 1920s Baseball, Episode 17: Plot of Gamblers Nipped!

This week on “This Week in 1920s Baseball,” Josh and Matt talk a bit about the fatal pitch that killed Indians shortstop Ray Chapman. More on that comping soon! They also talk about a strange little story about gamblers who got busted falsifying a report that Babe Ruth and several teammates were hurt or killed in a car accident. Their plot was to make the Indians the favorites for the upcoming game so they could make bank on the Yanks! Josh also gives the update on the “Sisler Watch” and Matt gives a recap on the pennant races as they enter the final month of the season. They also advocate for the return to popular usage of the phrase “tough sledding.” Check it out! 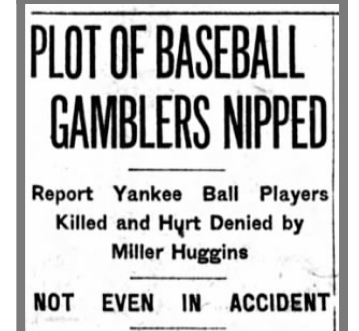 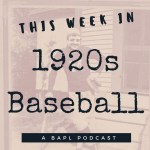