The South Side Branch travelled a 25 year journey through various schools and storerooms before finding its current location at 4th and Webster Streets. The Branch initially opened May 28, 1906 in the post office building at the corner of 4th Street and Brodhead, where it resided until moving to the old Quinn School building in 1921. One year later, it moved into the South Side Junior High School at the invitation of the school board.

The school location, however, was less than ideal. Declining patronage and stagnant book circulation was largely attributed to the move off of a main thoroughfare. In 1927 the South Side Branch moved into crowded temporary quarters on West 4th Street, while the Library began the search for a more accessible permanent site.

A site was found and construction started on a new Branch building at the corner of 4th and Webster Streets in the Spring of 1929. The colonial style building would have one story, a basement, and three small display windows facing 4th Street, a novel feature shared by few libraries at the time. The building appears much the same today as it did at the time of construction, although a Moravian inspired, steeple-like cupola no longer crowns the edifice. The total cost of both the lot and the building would come to about $75,000.

The newly constructed South Side Branch opened its doors on January 2, 1930. The new Branch was embraced enthusiastically by the community with over 1,100 books borrowed the first day alone. This new chapter in the Branch history would bring strong growth with circulation levels nearly rivaling the Main Library’s (then located at a Bethlehem Steel donated building on Market Street).

A noteworthy addition to the building interior would come roughly a year later when staff librarian Louise Hazen painted a colorful mural along the walls of the basement children’s storytime room. The mural depicted characters from classic stories such as the Pied Piper, Robin Hood, King Arthur, Alladin, Tom Sawyer, and Don Quixote. Much of the mural remains there today. 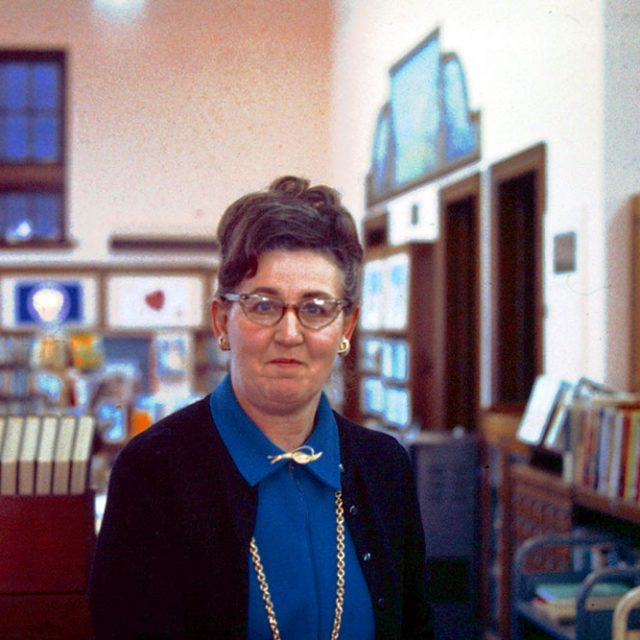 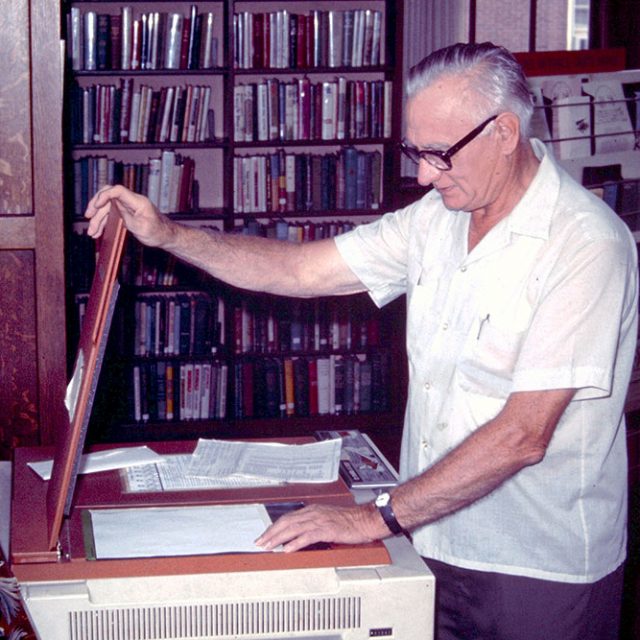 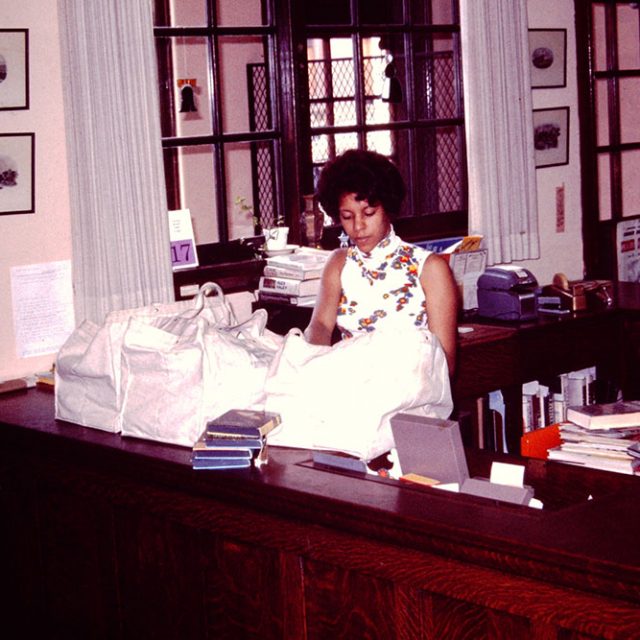 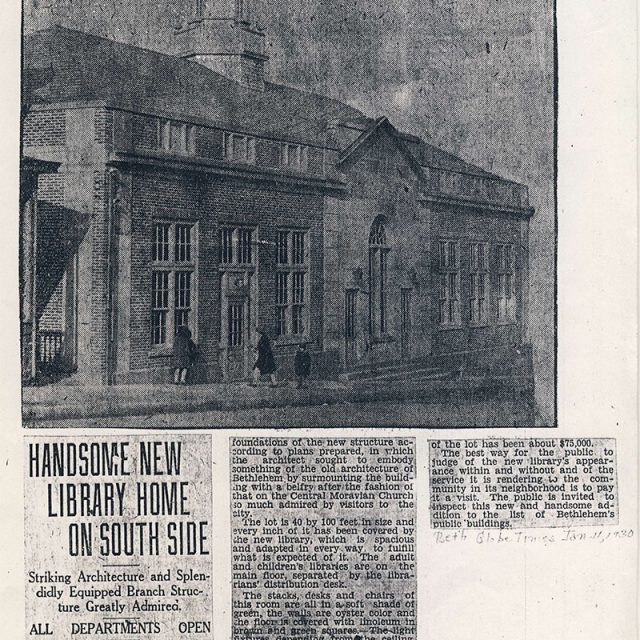 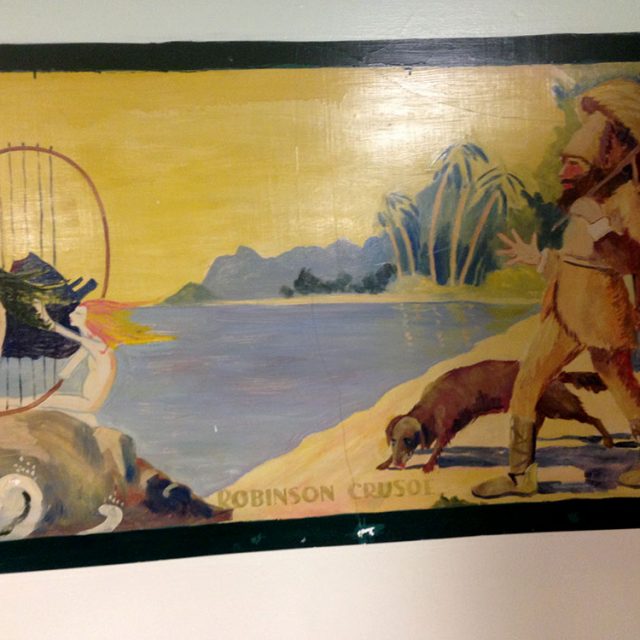 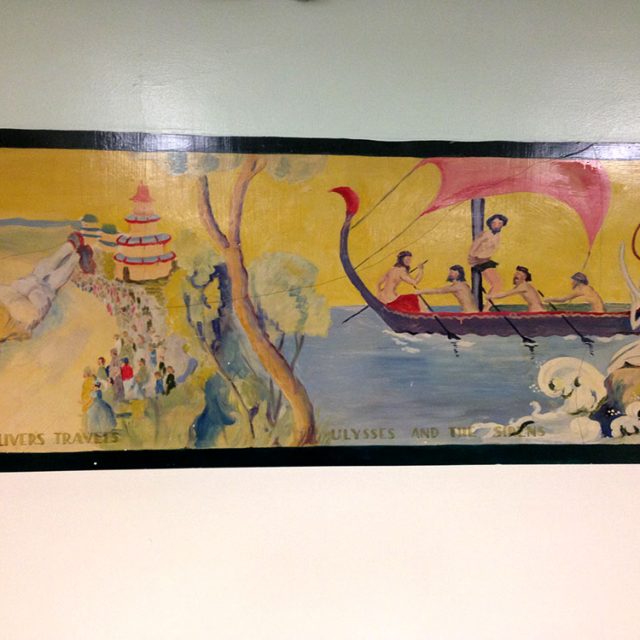 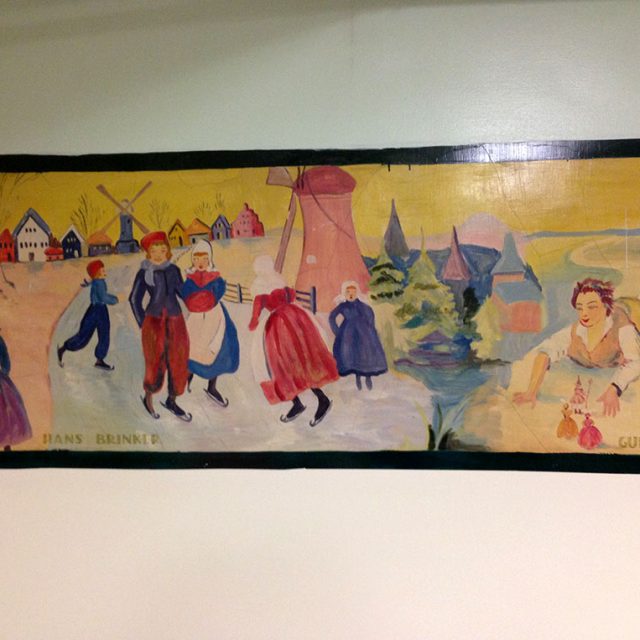 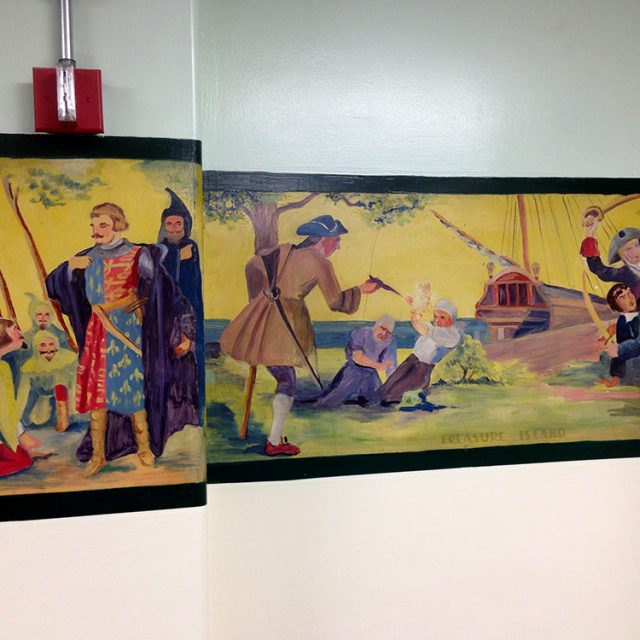 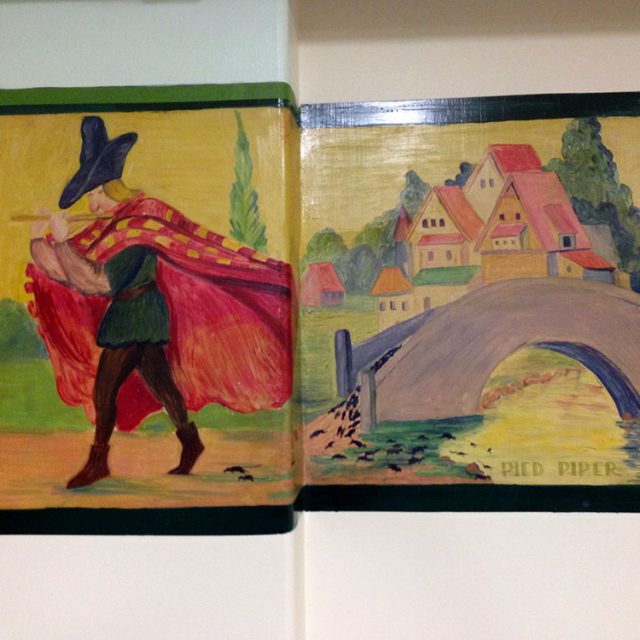 Leading Up to the Present

More recent decades would see the South Side Branch setting itself apart from the Main Library with special focus areas, even though computer technology was bringing both locations closer together in other exciting ways.

In 1977, the Library headquartered a new tutoring program, The Reading Project, at the Branch. Backed by a “Language Center” which consisted
of a special collection of English as a Second Language materials ( ESL) and Branch-trained volunteer tutors, hundreds of adults from around the city were aided with their language and literacy needs. A significant Hispanic population, which continues to account for a large portion of the branch’s patronage, was well-served by a budding Spanish-language collection of books, magazines, and music.

Integration with the Main Library via computer link-up ushered in a new era of convenience in the early 1990’s. Patrons could easily search both locations’ catalogs, and a new delivery system effectively brought the Main Library collection to many South Side residents.

Today, the South Side Branch has in large part stayed true to its focus of serving children with its storytime events and other family-friendly programming. The “Language Center” and a large Spanish-language collection continues to make it a hot-spot for the city’s Hispanic population.

A transformative renovation in 2013 included technology updates, structural upgrades, an improved floor plan with new children’s area, and tech friendly furniture. The historic building retains much of its charm as well as an old-fashioned atmosphere of informality that many of our regular patrons enjoy. So whether you’re a South-Sider or live elsewhere in the city, the South Side Branch is still a wonderful place to get lost in a book.

The South Side Branch offers book sales, language learning centers and homebound delivery service as well as a wide variety of family-friendly events.