As early as 1751, the community claimed a library (the Bethlehem Congregational Library) with another organized in 1831 (the Bethlehem Library Company).

However, by the turn of the twentieth century, a library that provided access to all of the population of Bethlehem did not exist. The organization of the Library of the Bethlehems in 1901 was the first concerted effort to avail reading material to all of Bethlehem’s citizens.

On December 1, 1900 nine prominent women from Bethlehem’s north, south and west sides met to “consider the need of a Public Library in the Bethlehems and to devise methods by which it might be established.”* On February 1, 1901 the doors to the free reading room and library officially opened to the public.

“In an informal yet most encouraging manner the library and free reading room of the Bethlehems was opened yesterday afternoon in Colonial Row opposite the Eagle Hotel, B. There was a big turnout of men and boys and at one time the number was so large that they utilized window sills for chairs.”

What’s in a Name

Portrait of a Librarian

In the early twentieth century, most women who worked outside the home did so out of financial need rather than professional gratification; however, the ranks of educated women in the nation were increasing and the need for gratifying employment was provided through such feminine professions as nursing, social work, teaching and librarianship. Like all professions, the course of time has changed the face of librarianship.

“Her chuckle, which frequently breaks the library’s silence, also shatters the stereotype of the crabby librarian who would rather keep her nose in a book than deal with people.”

The Changing Face of the BAPL Director

Central Library
The first library and reading room was located in rooms of the Leinbach and Doster building on south Main Street. By 1902, the library had outgrown its space and changed its site to 80 S. Main Street at the northeast corner of Main and Market above the Post Office.

The library continued to grow and, in 1925, Bethlehem Steel provided the use of the Bethlehem Steel Band building located at 11 West Market Street. With a few renovations and additions, this building served its purpose adequately; however, the needs of an increasing population and its demands on the Central Library location again forced the consideration of a new facility. In 1967 the library moved to 11 West Church Street — a building six times the size of its previous facility. Through foresight, planning, and occasional renovation, the current facility has met the needs of the community for over thirty years.

“Our library serves 100,000 persons a year with 36,000 holding library cards. This is higher than the national average.”

1920 photo of Main Street looking north from Market Street. The library was located, from 1902 to 1925, on the second floor of 80 S. Main Street on the northeast corner of Main and Market. (photo source: Allentown Call Chronicle – September 7, 1975)

South Side Branch
The South Side Branch also had its share of growing pains. Since its inception in 1906, the branch occupied five homes: Fourth Street and Brodhead Avenue, the southwest corner of the same intersection, Broughal Junior High School, and West Fourth Street. Finally, in January of 1930, the branch’s current home at Fourth and Webster Streets was completed and has served as a home away from home for generations of South Side residents.

The Community and the Library

Gifts and subscriptions sustained the library from 1901 through 1920. In 1920, the school board began providing a $10,000 a year allotment; however, in 1924, the school board withdrew this appropriation. This withdrawal threatened to close the doors of the library. Rather than face a future with no public library, the Bethlehem community voted in 1924 to approve a half-mill tax in support of the library.

When the library had outgrown its facilities on Market Street, yet again the public offered its support. In 1965 it was learned that $500,000 in federal funds would be available through the state for a library. Bethlehem Globe-Times publisher, Rolland Adams, offered a gift of $250,000 toward a new library if it were matched by private contributions. City Council agreed to provide an additional $500,000 if the gifts and other funds were forthcoming. Within one month the citizens of Bethlehem pledged over $292,000, and the new library was begun on August 17, 1965. A little over two years later, on November 11, 1967, the citizenry again rallied to support their library as over 700 volunteers moved 80,000 volumes from the old to the new building.

The community continues to provide support for the library through their patronage, financial support and volunteerism. Throughout its years, the Bethlehem Area Public Library attempted to return the favor by being available to the public in their time of need.

During World War I libraries nationwide met the need for reading materials for the armed services. In 1917 and 1918 soldier’s library funds were called for and delivered by the Bethlehem Area Public Library. During the Great Depression, the library proved to be a source of comfort and a place of refuge for the unemployed. The benefits of the library are exemplified in its use with nearly half the population as registered users.

Throughout the remainder of the century, the Bethlehem Area Public Library met the expectations of the community through traditional and new mediums of communication.

Initiated in 1965, interlibrary loan extends the resources of the library’s patrons. The addition of records, films, microfilms, slides, cassettes, videocassettes and compact discs meets the public’s need for extended services and offerings. The Bookmobile, a service that began operations in 1971, has been a great success among adults and children who might not otherwise have access to the library’s holdings.

“The Public Library is an absolutely essential part of the equipment of every city that undertakes to care for the real welfare of its people. It is the People’s University, and its doors must be open to the public all the time, and every citizen, whether he or she happens to make direct personal use of the library or not, needs it—needs it for the welfare of the city as a whole, for the rising generation, for the possibilities of real advancement of the community’s highest interest.” 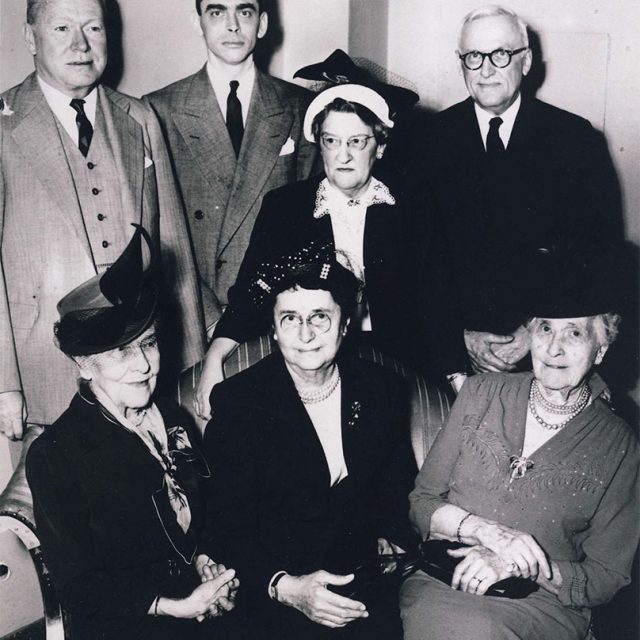 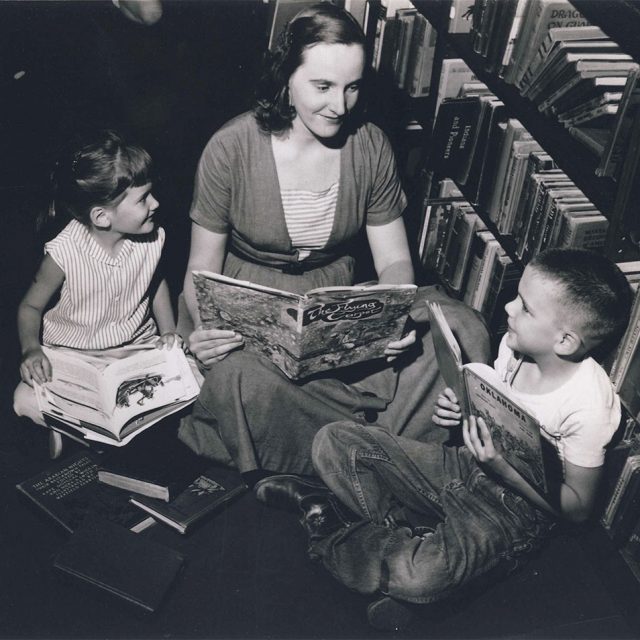 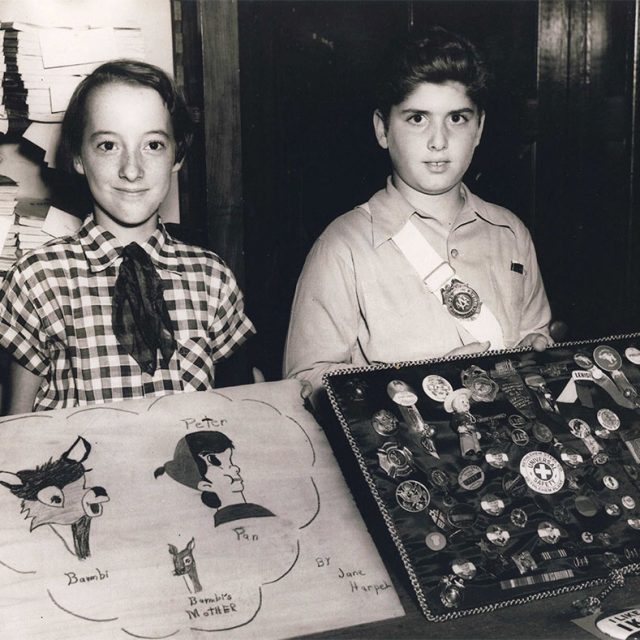 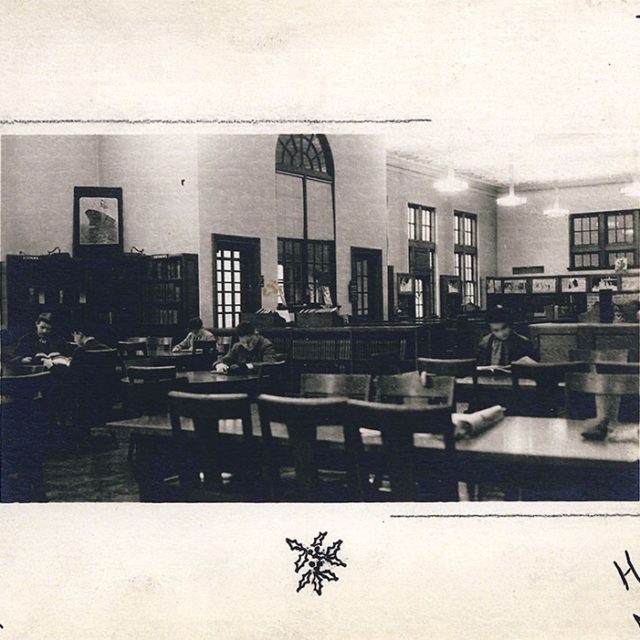 Ever-changing electronic developments continue to change the operations of the Bethlehem Area Public Library. Rather than a homey atmosphere reported in early twentieth century libraries, the library of the twenty-first century is one of a charged energy fostered by the exchange of ideas in oral, electronic and traditional text formats. Adapting to this era of rapid change is the twenty-first century library’s greatest challenge, and the Bethlehem Area Public Library is meeting it head on in a number of ways.

Through collaboration with academic institutions, the Bethlehem Area Public Library is producing digital projects that provide the public with access to rare and fragile documents while preserving them for future generations. By creating partnerships with academic and public libraries in the Lehigh Valley, the library is able to provide the most up-to-date and comprehensive records for the Bethlehem community. And, of course, providing the library’s patrons with the most recent fiction and non-fiction materials remains the backbone of the Bethlehem Area Public Library.

The renovated public spaces invite a sense of exploration and play, especially in the Main Library’s renovated Frances Barnard Children’s Center (completed 2017). There are an increasing number of events held at the library, everything from author talks to concerts and plays to video game gatherings to gallery openings and more. The next wave of new endeavors includes publishing (BAPL Books, 2018) and the creation of a recording studio in the library’s basement (2019).

“We are excited about providing top quality library service in the new century. Our commitment is to always strive for more effective and efficient ways to meet the needs of our library users.”

“BAPL has grown far beyond card catalogs and microfiche. But so has the role of the library itself—as not just a repository for information, but an innovative center for community engagement, and a place where people from all walks of life have access. To information. To the arts. To opportunity. A library’s commitment to equal access is at the heart of democracy. It is a place where people can check out books, of course; but it’s also a place they can come together to celebrate and explore their common humanity.”

We strive to be a welcoming place for healthy child development, parent and community involvement, and life-long literacy beginning at birth. Let us hear from you if you have any questions or comments about BAPL and its services.