BAPL Books is the publishing line of the Bethlehem Area Public Library in Bethlehem, Pennsylvania. Our mission is to publish, promote, and celebrate writers from Bethlehem and the surrounding area, as well as titles highlighting the history and culture of the region.

Thank you for your interest in submitting your work to BAPL Books. Unfortunately we are closed to submissions at this time. 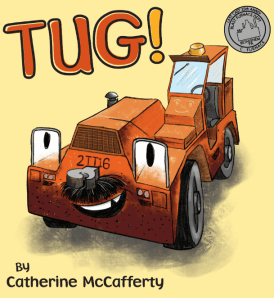 ISBN: 978-1-7325900-1-4
Bethlehem’s history comes to life in this picture book brought to you by the Bethlehem Area Public Library and the National Museum of Industrial History. TUG is a tow tractor helping Bethlehem’s steelworkers to do their very best. He is always there when the workers need him, but what happens when the steel mill closes? After the last cast is poured and TUG is left alone at the steel mill, he learns that no matter how much Bethlehem might change there is always more that he can do to help. Children can read TUG’s story and then visit him at the Industrial Museum, where he is still a working artifact helping with the heavy lifting 25 years after the last cast.

Purchase a copy of TUG

Catherine McCafferty grew up in Bethlehem at a time when the blue flames of steel production lit the night sky. She is the author of fiction and nonfiction for children, and currently works as a Youth Services librarian at the Bethlehem Area Public Library.

Mike Piersa (concept by) is a historian for the National Museum of Industrial History. He holds an undergraduate degree from Moravian College and a master’s degree from Lehigh University. Mike has a passion for preserving and restoring the historic equipment and unique machinery from Bethlehem Steel.

Home at My Typewriter: Selected Poems
by Bob Cohen 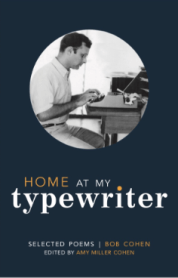 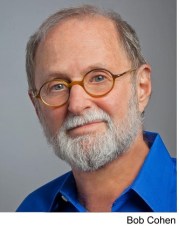 Bob Cohen was born on Kristallnacht (November 19, 1938) in the town of Springfield, Ohio before moving to Cleveland and then to Columbus by fourth grade. Bob sang publically throughout his life. He attended the Columbus Boychoir School (later renamed the American Boychoir School), Bexley High School, Cornell University, the University of Pennsylvania, and Columbia University. He spent four years in West Africa first as a volunteer and then as a Peace Corps administrator before taking jobs in higher education/student personnel at Hunter College and Lehigh University.

His last work was as an independent college admissions counselor, from which he retired at age 70 to play the saxophone and the accordion and to enter what he called his “late onset acting” career. Bob maintained a steady involvement in all things community from his high school years and throughout his adulthood, serving on numerous local boards. He kept extensive journals, wrote poetry, drew cartoons, and produced over two dozen radio commentaries which were read on WDIY-FM radio.

Read an excerpt
THE LIBRARY
The Library, a place of peace.
Girls are very beautiful in libraries,
Long hands turning pages with care.
Girls are more beautiful in libraries
Than they are on buses. Why is that?
Libraries gentle people, they speak in whispers
And turn pages with delicate care.
All the people I like are there;
I could spend the better part of my life
With them among the books and magazines;
Now I remember I first met my wife
In a place like that, Elizabethan dreams.
A library is a place of exquisite peace;
I could spend my life looking at people in libraries.
There is no urgency in a library,
We are all browsing, it is a place of perusal.
Approaching a woman could not be met with anything as
definite and final as a refusal.
Could she handle me as delicately as she turns each page of
A newly minted book?
A young girl is eating a bologna sandwich on a seeded roll
surreptitiously, small bites and tiny chewing;
An older woman taking notes on an oversized art folio is totally
absorbed;
A man with handball totebag next to his chair is reading the
Stock Quotations.
Buy a copy of 'Home at My Typewriter'

Purchase a copy to be shipped (shipping cost included)

A Journey
by Matt Wolf

ISBN: 978-1-7325900-0-7
The debut poetry collection from Bethlehem poet Matt Wolf, featuring photography by the author as well. “Here is a poet falling in all kinds of love with existence.” — Cleveland Wall 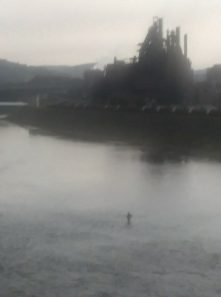 Deer standing side by side
on a mountain
that has seen so much
the deer sense all of these previous thoughts
sharp antlers pinpoint
love, decency, and the awe of a winter drive
slow descending, snow delicate on every branch
happy to taste
white mountain, ground
put down your winter coat
feel the rawness
of my touch
the humanity I share with you
I will hold whatever fits of you
in the palm of my hand
both hands maybe a lifetime
or maybe a winter’s walk against
a storied backdrop
many have come before but
none with a story like ours
every day a new snowflake
unique one drops
and then disappears
how many days of ours are like these
besides all that have ever come before

Buy a copy of 'A Journey'

Purchase a copy to be shipped (price includes shipping)

Jacob and Ridley Head to the Park
by Ray Gurz 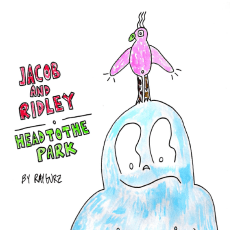 ISBN: 978-1-7325900-3-8
Life is unpredictable, so it’s best not to take it too seriously. Jacob and Ridley are two best friends who are here to remind young readers that adventure is out there to be seen, heard or even felt! Written by a skateboarder who loves to travel, take chances, and make the best of any situation, this new story will encourage children to understand the importance of being themselves and take opportunities to live their lives to the fullest. The overall message? May the cool times never end!

About the Author Ray Gurz 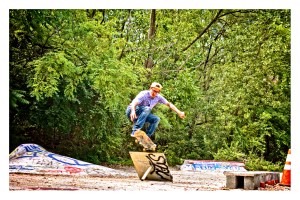 JACOB AND RIDLEY HEAD TO THE PARK is a picture book for young readers. The story revolves around two best friends, fictional creatures named Jacob and Ridley, who search for adventure, excitement, and good times. The book’s goal is to encourage children to understand the importance of being themselves and to take opportunities to live life to the fullest. The two best buds go on a trip to the park where they meet a new friend, and get some skating in.

Jacob and Ridley actually started life as a doodle pro skater Ray Gurz made to amuse a co-worker at his night job as a clerk at UPS. Everyone at work loved the characters, so he began a whole book of their adventures, using a mix of ink drawings and watercolors.

May the cool times never end!

buy a copy of 'Jacob and Ridley'

J&R is available at a special event at the Main Library on August 21. The first 50 books sold will include a limited edition signed watercolor by Ray. Don’t miss it!