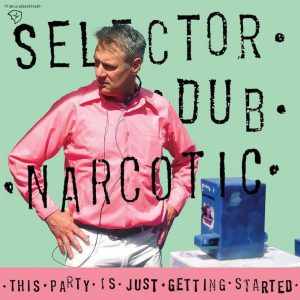 Lehigh Valley band VoirVoir will be supporting with their first full-band performance in over a year. The indie rock band self-released their debut album, “There Are No Good Goodbyes” in 2014 with the album being picked up by Fleeting Youth Records for a national release in 2015. VoirVoir opened for The Flaming Lips at Musikfest 2016 and performed a stripped-down set as a duo at this year’s Musikfest. Joining VoirVoir as support will be psych pop band Secret Cities who are performing in the Lehigh Valley for the first time.

“Library After Hours II” will be an all-ages show with complimentary beer and wine for 21+.  Tickets are $10; $8 with a valid student ID. Tickets will be available at the door the night of the show or through an online pre-sale through Tape Swap Radio. Proceeds from “Library After Hours II” will support the bands and the Bethlehem Area Public Library. This will be the second K Records artist that Tape Swap Radio has brought to the Bethlehem Area Public Library, after welcoming popular indie folk artist Mirah for the debut “Library After Hours” concert in February.

Tape Swap Radio is an original live music series which, in addition to hosting its concert series, produces a syndicated radio program that airs on Lehigh Valley NPR station WDIY 88.1 FM and internet station WLVU. Since 2015, Tape Swap Radio’s concert series has raised $7,673 for Lehigh Valley organizations and community programs like The Center for Animal Health & Wellness in Easton, The Bradbury-Sullivan LGBT Community Center in Allentown, and the Homebase Skateshop After-School Skate Program in Bethlehem.