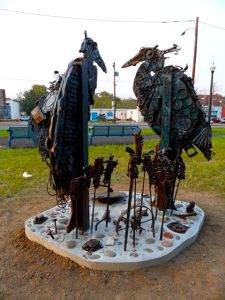 The South Bethlehem Greenway is a 1.9 mile trail between 3rd and 4th streets in South Bethlehem built atop an old railroad bed.  The trail houses a number of sculptures, a little free library, and Esperenza Garden, among other features.

It runs from the heart of South Bethlehem east and then south towards Hellertown alongside Route 412. Plans for the project started in 2005, with the first part of the trail finishing in 2011 and the second one opening in 2017.  Future plans include connecting the Greenway to the Saucon Trail, just 0.9 miles south of the current Greenway terminus. 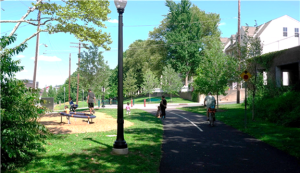 Current Trail Map of the