Local guitar great Craig Thatcher played a tribute to all-time guitar great Jimi Hendrix with a concert at BAPL on November 24. It was the final event in our year-long celebration of the opening of the Main Library at City Center 50 years ago. What better way to commemorate the library’s first half-century than with the phenomenal music of the time? (The Jimi Hendrix Experience’s first single, “Hey Joe,” came out in 1967!) Thatcher is known for his spot-on performances of Jimi’s unparalleled guitar excellence, and his bass player and drummer made for a full Hendrix Experience. A great crowd came out to enjoy the show.

Thanks to everyone who attended and thanks to Craig and the band for a stellar performance! 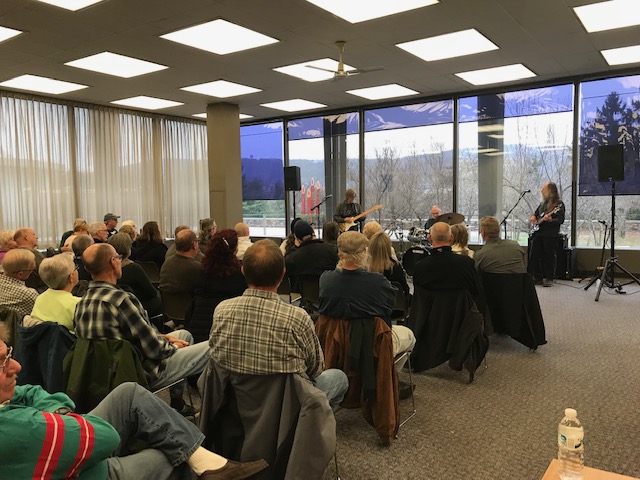