I grew up with the angelic voice of Fairouz playing in the morning, and the awakening scents of Arabic coffee wafting in the air of my home (more than once a day because Arabs love their coffee and cannot go a day without that tiny cup of bitter caffeine). The Arabic language filled the halls of my childhood, conversation coming from both my parents and grandparents, as well as the special-satellite news we got that aired shows from the Middle East. Occasionally my sister and I would pipe up in Arabic, asking a question or commenting here and there in the beautiful, fast-paced, lilting language. The language, the food, the music, and of course, my family, is what connects me to my Syrian heritage.

All of this occurred in New Jersey. My sister and I were not born in Syria, as my parents and grandparents were, but in the United States. Together my parents moved to the United States so their children could have a better life, and a better life is most definitely what they gave us. Considering all that has happened in my family’s home country in the past decade, I would say they gave us more than a better life — they also gave us a safe and privileged life as well.

It wasn’t until my 24th year of life that I learned that there is a month that celebrates Arab Americans such as myself in the United States. We are in the midst of it now — in April 2021 — and I am so excited to finally be able to celebrate this month with my fellow Arab Americans and the rest of the Lehigh Valley community.

As this is a blog post on a library website and I myself am a self-proclaimed lover of books, I thought I would share books that have meant a lot to me these past few years. It wasn’t until I was 23 that I saw Syrian culture represented in a book, and since then I have been carefully looking out for books by Arab Americans about the Arab world and culture. Because to see your own culture and language in a book is not just about being seen, it’s about being heard. To be seen is to just be observed, but to be heard is to be understood. Being understood is so important to Arab Americans, especially in times of prejudice and turmoil.

And so, this list of books by Arab Americans is for those of you who wish to read about yourselves, and for those of you who are looking to learn and listen. I hope you’ll pick them up and enjoy them just as much as I did and will — after all, a bookworm’s reading list is never ending! 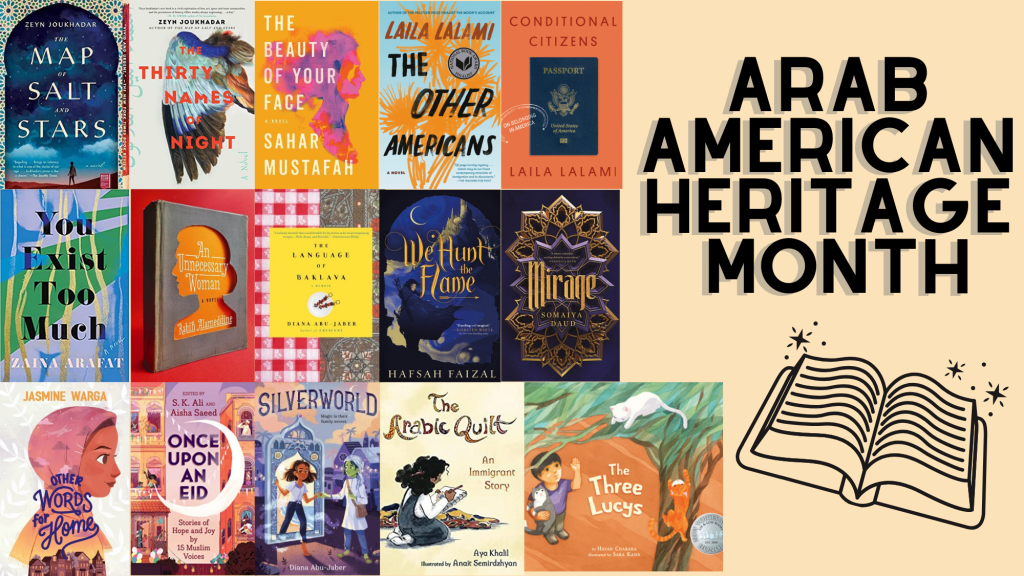