Tales from the Archives: “You’d Better Clean Your Plate”

This article comes out of a multi-year effort to index the “vertical clip files”—which are articles and pictures cut from newspapers and other sources over the past 100 years or so, lovingly saved by our wise predecessors at the library—that take up many long drawers in the Bethlehem Room. From time to time as we go through this trove of local information we’ll feature an interesting article to let people know what kinds of things are hanging out in our local history archive.

There is nothing like a neighborhood café to anchor a community. And so often, these local institutions are sources of wonderful food. One such place in South Bethlehem’s history was Theresa’s Restaurant (also known as Theresa’s Fillmore St. Restaurant or the Fillmore Restaurant—it seems that its official name was pretty hazy; imagine that in our modern world of branding!), which was located at 5th and Fillmore from 1929 to 1986. More recent Bethlemites know the site as Leon’s bar.

Theresa Kelemen was the proprietor and cook. She was Windish, which is a term used in the Lehigh Valley for and by people of Slavic descent that come mostly from the old Austro-Hungarian Empire, where indeed Theresa was born in 1898, and from which she emigrated in 1913. Her restaurant doled out Windish/Slavic/Hungarian delights to south siders for multiple generations. Theresa never used a recipe, and she had at least one employee, Julia Fortley, a niece, who was with her for over 50 years. She ran her restaurant six days a week, from 7 a.m. to 2 a.m.. Occasionally, she took a nap. 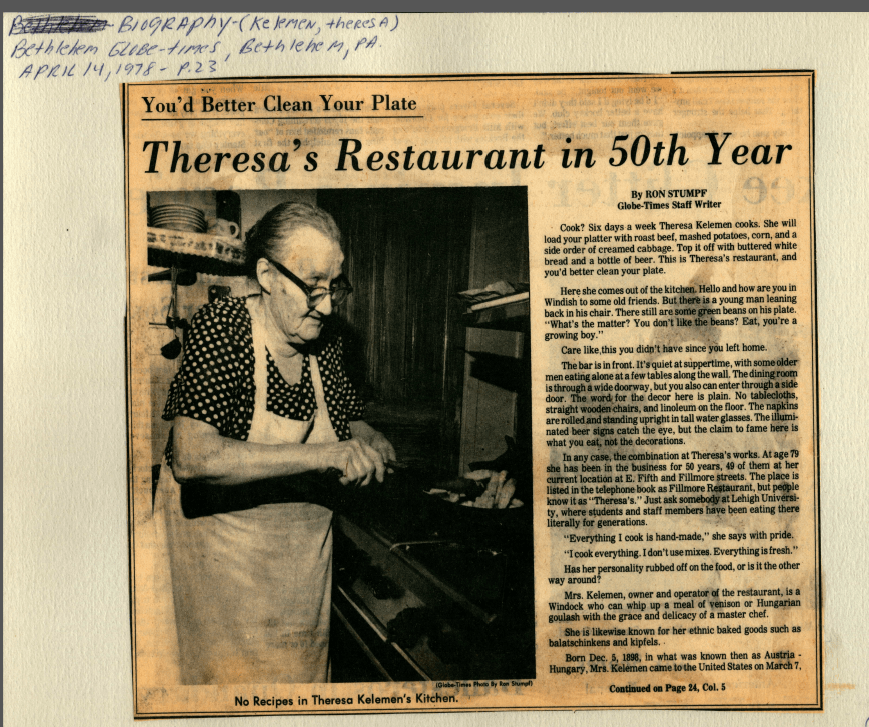 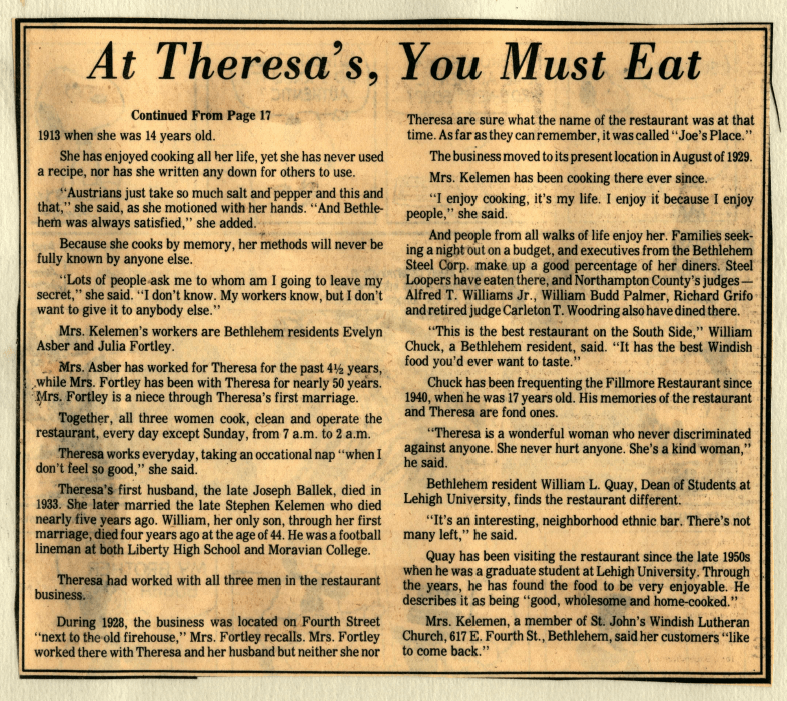