The year that was in Studio 11 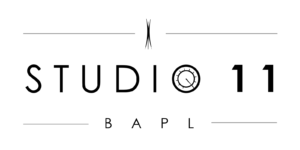 Let’s look back at this first year of Studio 11 at BAPL! The stu (as we affectionately call it) opened in March of 2019 so we’re looking at less than a full calendar year, but it’s still fun to use the end of the year as a time to look back.

And what a year it was! We had 238 sessions in the studio this year! Some days there were as many as three or four, some days just one longer one. And we continued to use the studio for film screenings and other events as well.

What were some of the highlights of the 238 sessions this year? Well how can we choose, we love them all! There was rap, rock, country, opera, jazz, podcasts, poets, and singers from all around the world. There was even an original musical recorded in its entirety. Some bands used it to practice, others to write and record. Filmmakers and vloggers used it to film interviews or oral histories. You all continue to blow us away with your creativity! Here are just a few projects that made their way onto records or websites or what have you, all recorded in Studio 11! We can’t wait to hear what you do next!

Studio 11 is the Bethlehem Area Public Library’s recording studio, located in the basement of the Main Library. This project is funded in partnership with Lehigh University’s South Side Initiative and the Mellon Digital Humanities Initiative

An Album (partially) Recorded in Studio 11

BAPL records original song and video in the Studio: I like being loud in the library!

Gracious Gra3ce, a recording artist from Rwanda records in Studio 11! 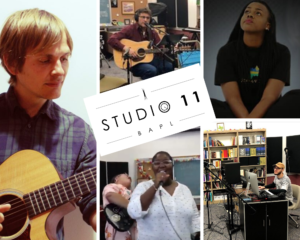